We were up early as the ship docked at Penang. We signed up for bike tour with a small group and of course that assured a rainstorm. Virtually the minute we descended the port escalators the skies opened up. Thankfully the tour company pivoted and arranged a bus (a very groovy one at that) to transport us to the center of the City. 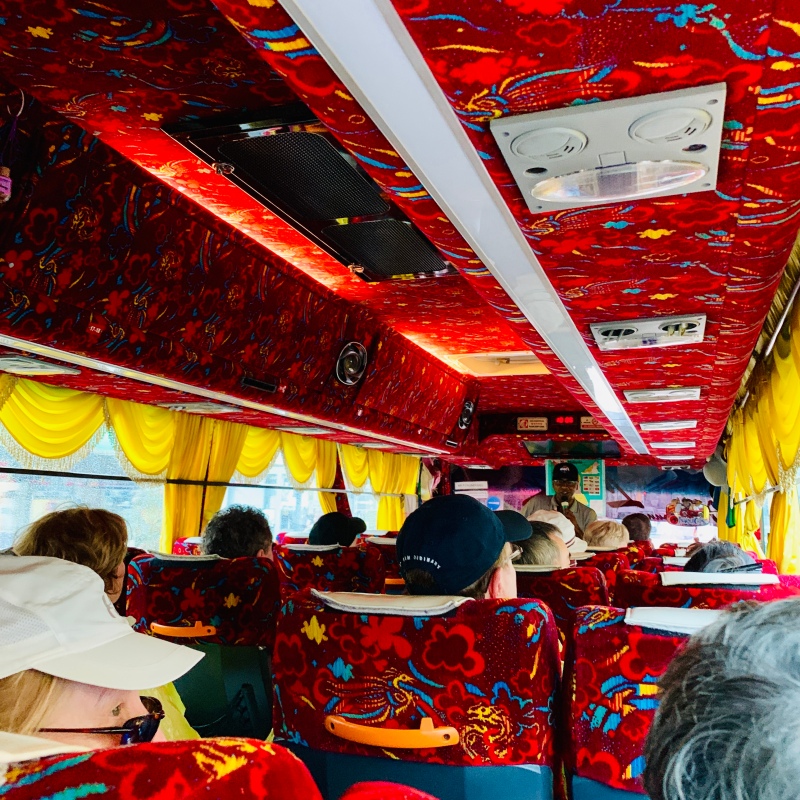 After a brief walk in the rain we stopped at the Khoo Kongsi. A khongsi (also known as a clan house) serves as a place in which Chinese families of the same surname gather to worship their ancestors. 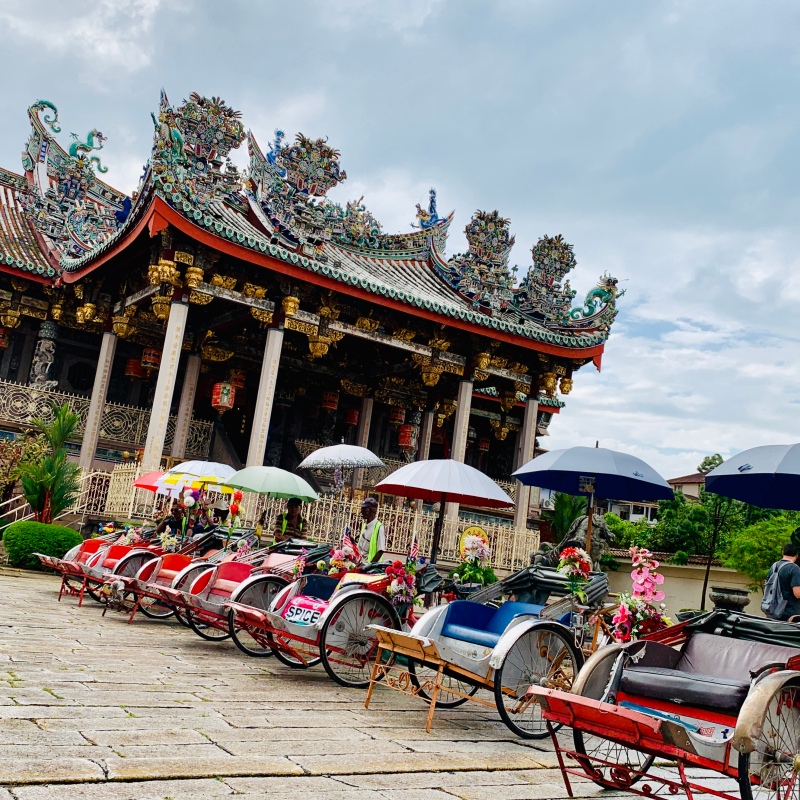 We were escorted inside by a delightful gentlemen who was 23rd generation Khoo Clan. The architecture and detailed carvings was stunning. 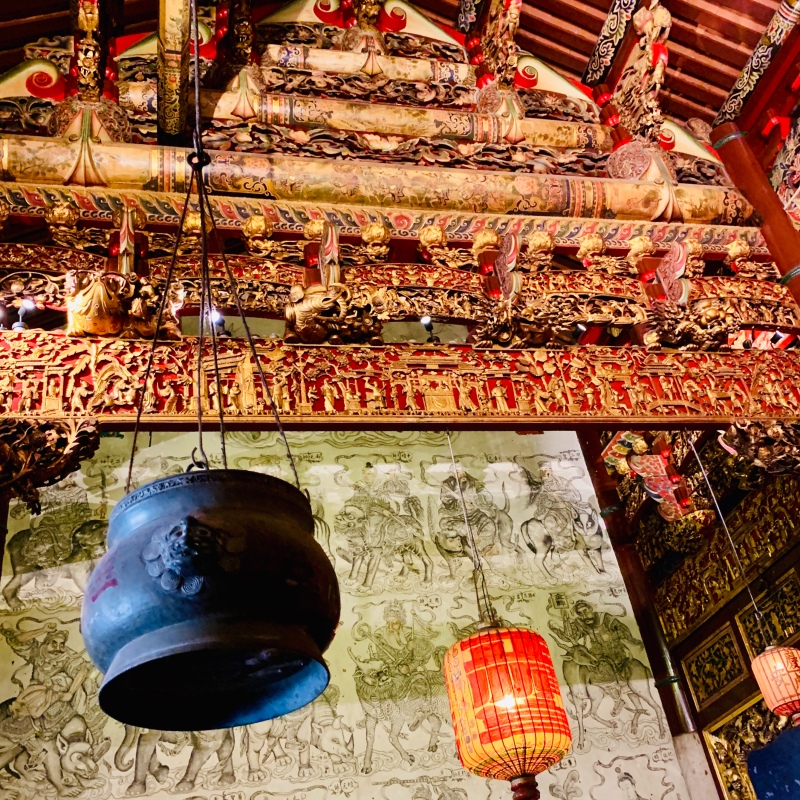 After exiting the Kongsi, the skies had cleared and we continued on to the bicycle shop. For an hour we toured the seaside neighborhoods by bike, sometimes dodging rickshaws, motor shooters, and taxis. We paused to grab a tah terik and a quick snack.

After the quick snack we proceeded on to the clan jetties. These came to being as Chinese settlers came to the area primarily working at the docks. Over time they built extensive jetties lined with homes and businesses over the water.

After returning the bikes we strolled little India on our way back to the pier. We took in the sights as the ship departed Penang and set sail for Port Klang, the gateway for Kuala Lumpur.